A journey of (Asian) skincare, arts, and culture

This isn’t my usual topic here. Feel free to ignore this post, but I hope you won’t. As someone with a blog on the big, bad, great internet, I urge us all to be mindful of when we speak, what we say, and how we say it. This applies to not just blogs, but everywhere we post on the internet. As our access to this tool becomes exponentially more widespread, and as soapboxes abound, we must be cautious.

“Before we knew all that much about what had happened, before many Americans had even caught word of it, before the ones who were aware had moved past horror and numbness, Paris wasn’t just a massacre.

It was a megaphone to be used for whatever you yearned to shout.

That’s how it works in this era of Internet preening, out-of-control partisanship and press-a-button punditry, when anything and everything becomes prompt for a plaint, a rant, a riff.”

–“The Exploitation of Paris” by Frank Bruni, New York Times

This op-ed, while not perfect, raises excellent points. We must give Parisians, residents, visitors, family, and friends a chance to recoup before we shove other hot-button, politically-charged topics back down their throats, especially when such topics are not directly connected to their tragedy in the here and now.

Many American politicians’ tweets were included in the article; it was a very sad read. I am not going to quote/link them here as I do not want to “validate” their statements with any more clicks and reads. They essentially raise immigration issues…in the U.S., and blindly pin the blame on, well, their favorite president and other politicians to pin blame on. They are disappointing tweets, to say the least. They took the worst opportunities to voice their unrelated opinions.

We must allow mourners and those who pay respects to do so before we use their tragedy as a megaphone. Let us not quickly cast judgment on this issue and seemingly related issues without assessing them with as much reason as possible first. Not everything is clear immediately as it happens; let us not conclude facts and our opinions too quickly.

We must be mindful of how we use this powerful tool, the internet. Twitter users who were not even in Paris flooded the hashtag “#PorteOuverte” while the Paris tragedy was ongoing. Although this helped to spread the movement of Paris residents’ opening their doors to those seeking shelter, it hindered those who were actually in dire need of shelter—it was difficult for them to sift through the millions of tweets that were simply praising and promoting the hashtag. Know the right time, place, and delivery/context for your thoughts.

And for those who protest that we do not pay as much attention to the other tragedies that happened in other countries around the world on November 13, 2015, and that have been ongoing for years, such as the mass immigration movement, you are right. Absolutely right. A sad and frightening truth is that most folks have become desensitized to some ongoing events; the voices speaking about the tragedy in France seemed to overpower the voices speaking about others. This is not to belittle one tragedy over others, but to acknowledge that the unfortunate nature of mass media is that many important topics become buried, saved for another day.

We should acknowledge urgent global issues. There is a soapbox for that, and for many other topics.

This is not it. Not yet.

Understand there is an appropriate time, place, context. Allow people to be people first.

-steps down from the soapbox about soapboxes-

2 thoughts on “Solidarité Around the World: A Caution About Internet Activism” 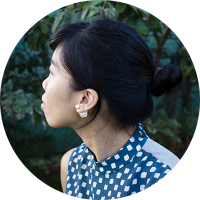 This is a journey of (Asian) skincare, fashion, arts and culture, and why we should even bother with it all.

I'm Lily, an Asian-American from Hawai‘i, U.S.—where "east," "west," and everything in between collide in the most interesting ways. 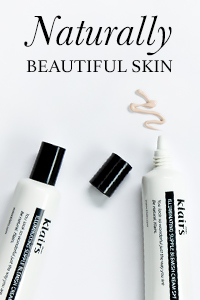 Don't forget to check out the charitable AmazonSmile program!